Although the weather did not spoil the pilots, the program turned out to be quite intense thanks to the pilots of the First Fly school and the Adazi aviation club - according to the audience, they liked our pilots the most.

Anatoly Perekriostov, the chief instructor of the First Fly pilot school, performed display flights on two aircrafts - a fast Tarragon and an Aeroprakt A22 school training airplane. On Tarragon, he showed his exceptional flying skills and performed all the aerobatics maneuvers, that this aircraft is generally capable of. And on the Aeroprakt A22 school training plane, he made such an amazingly beautiful demonstration flight that none of the spectators (and even school students) expected that a school training plane in skillful hands could show SUCH a flying!

Among the other performers there was our instructor Alexander Belevkin, who showed what a gyroplane can do. After this flight, there were many people interested in this machine at the school stand.

The pilots of the Adazhi Aviation Club, under the guidance of our instructor Anatoly Perekriostov, performed a flight in a formation of three aircrafts using smoke, which looked spectacular and interesting, as well as a demonstration flight on the American Pitts sports aerobatic biplane.

Jurgis Kairis, a Lithuanian pilot and one of the most famous acrobatic pilots, showed his breathtaking aerobatics, performing all his signature figures on his SU-31 sports plane to the delight of the audience.

At the school stand there were many questions about training at school and about test flights, and also, which made us especially happy, there were a lot of children who, with glowing eyes, took pictures with planes and watched the aerobatics shown by our pilots.

We are waiting in our new autumn group for everyone who is attracted by the Sky! 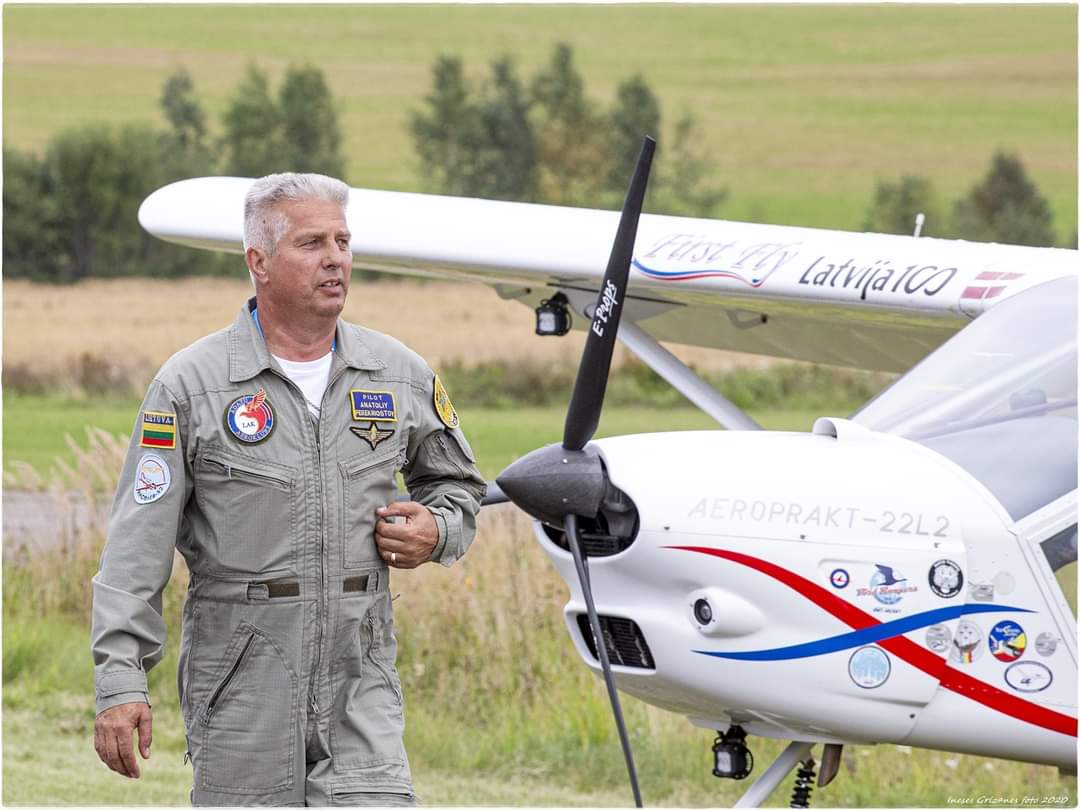 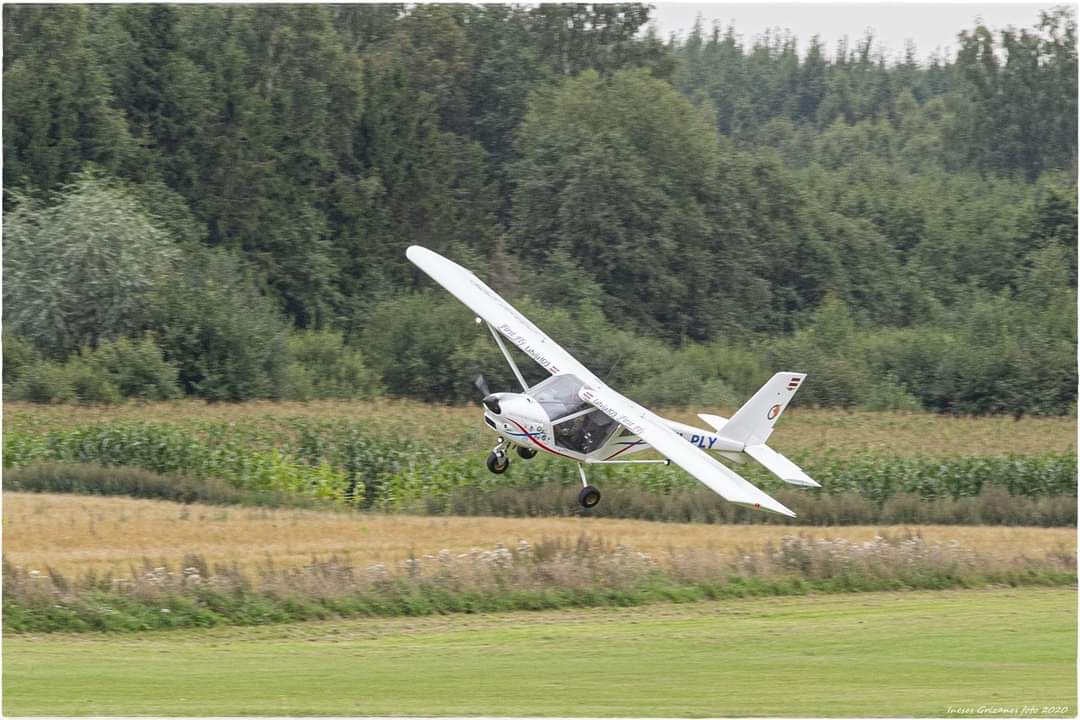 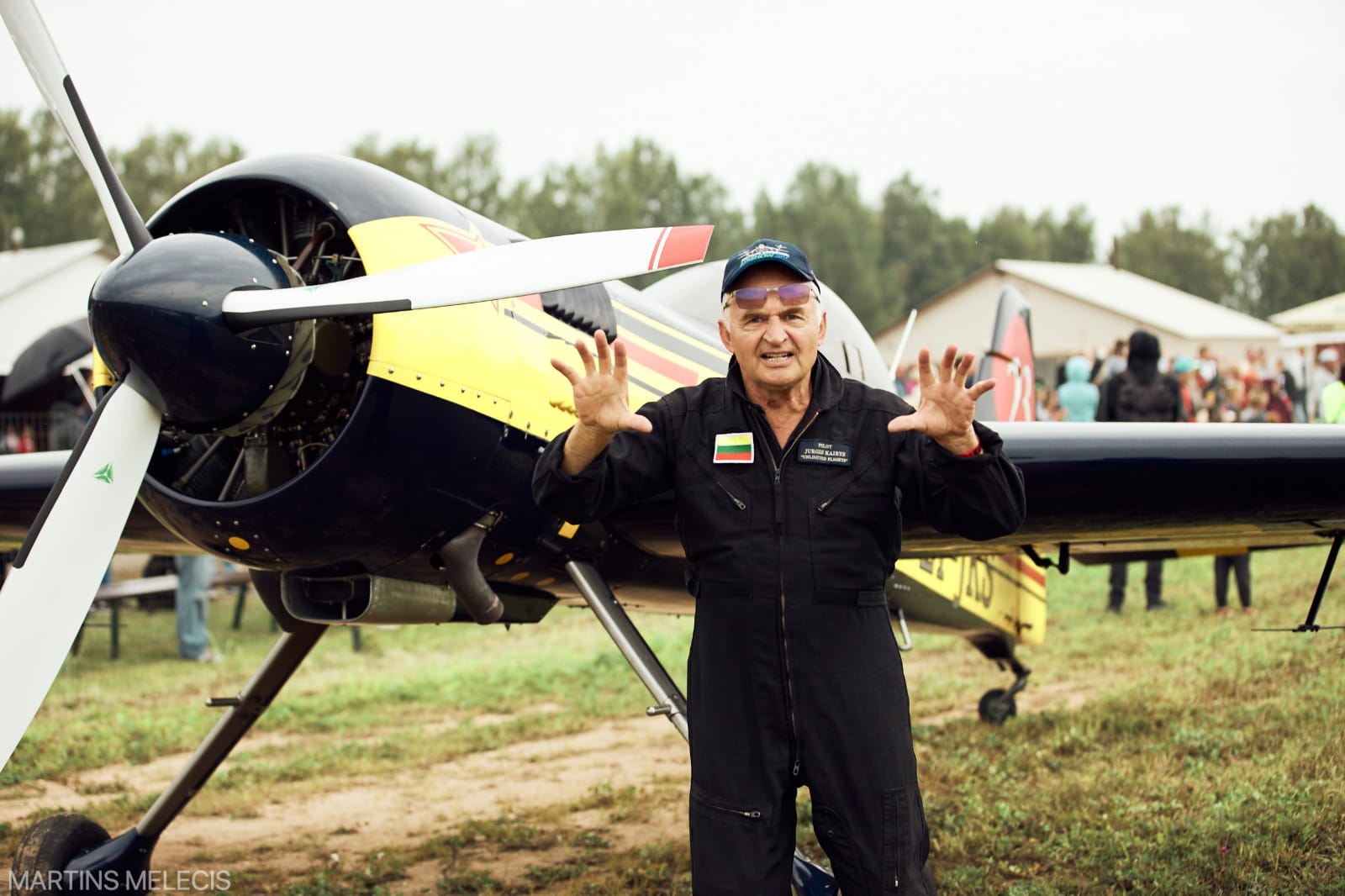 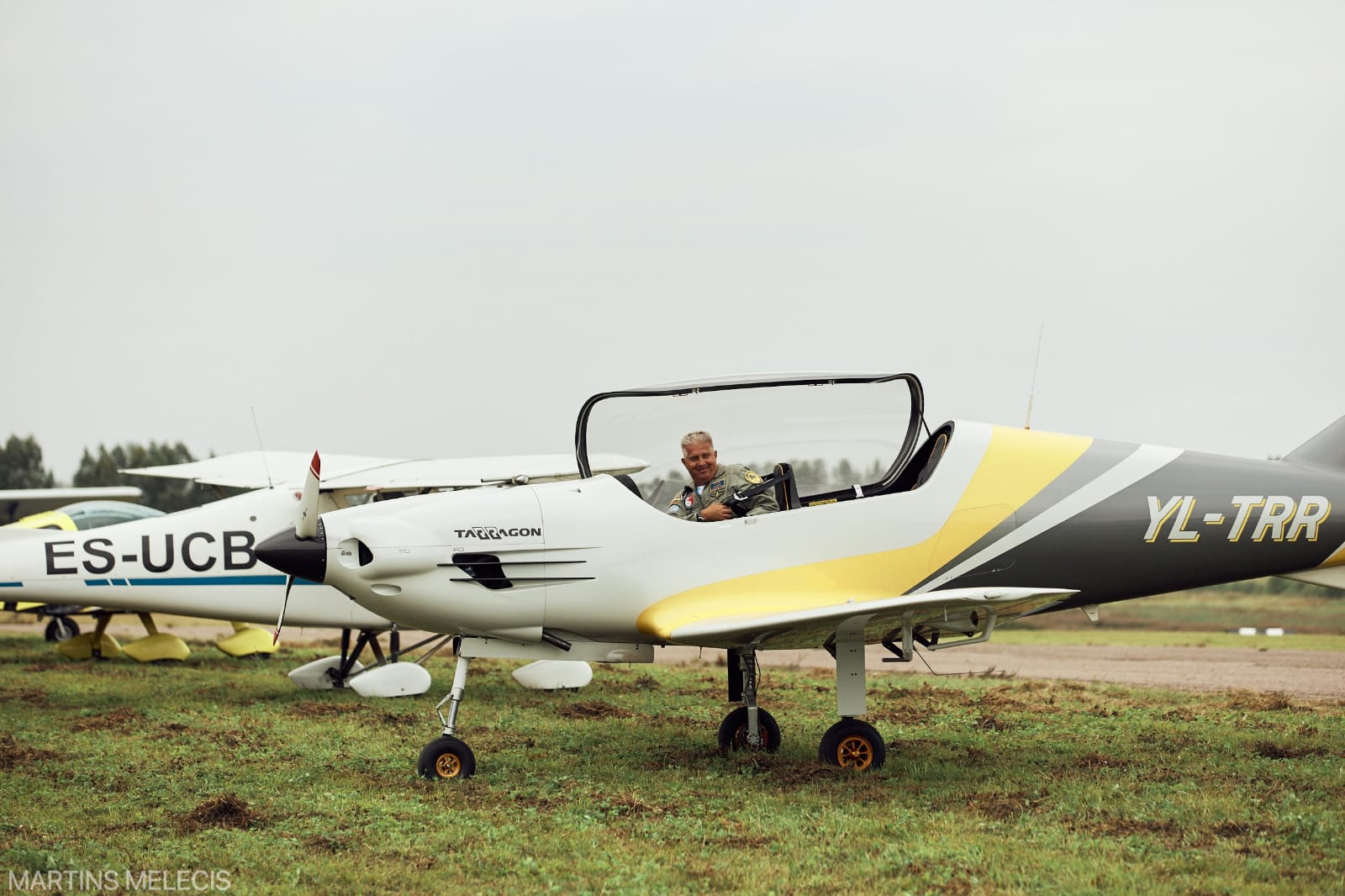 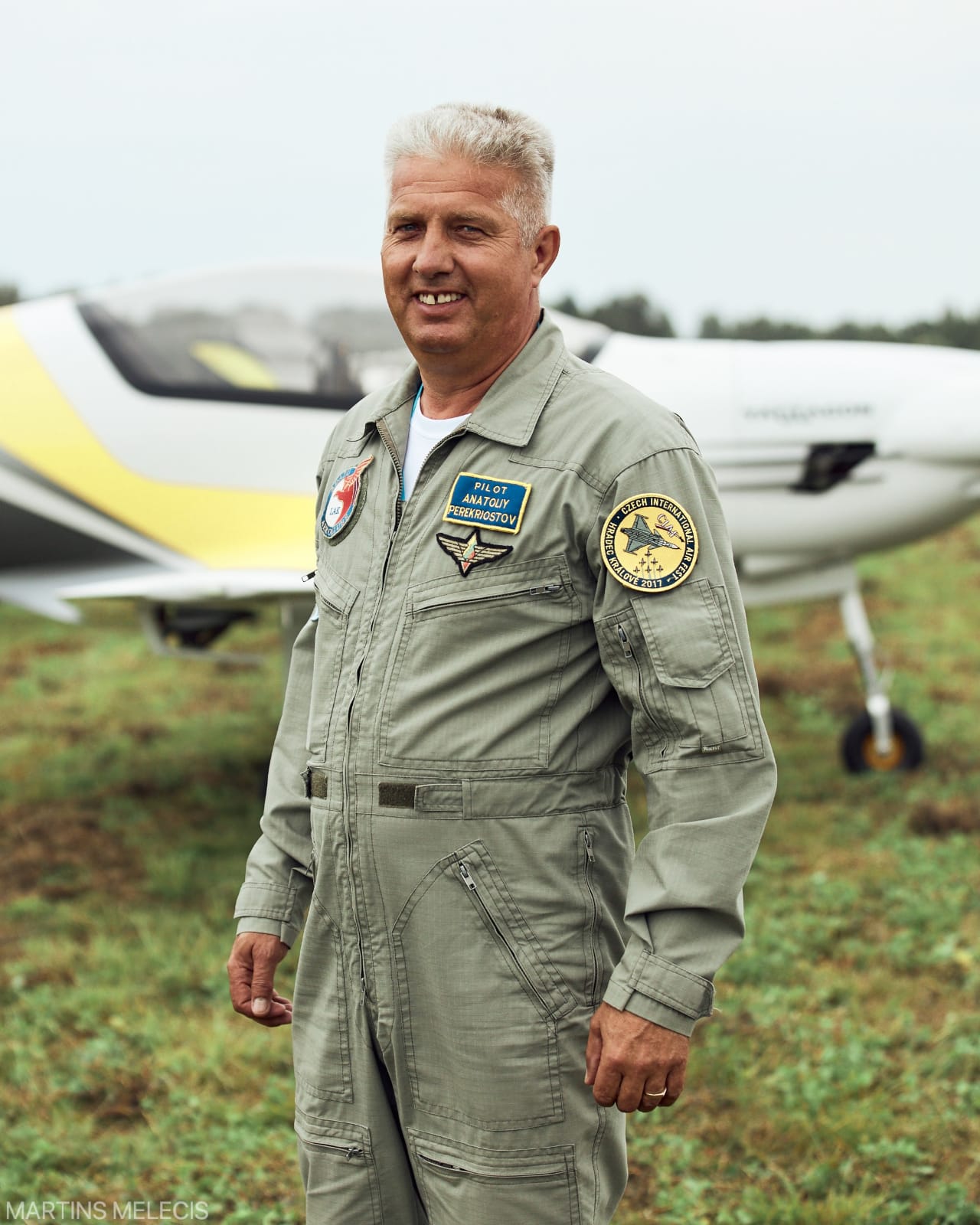 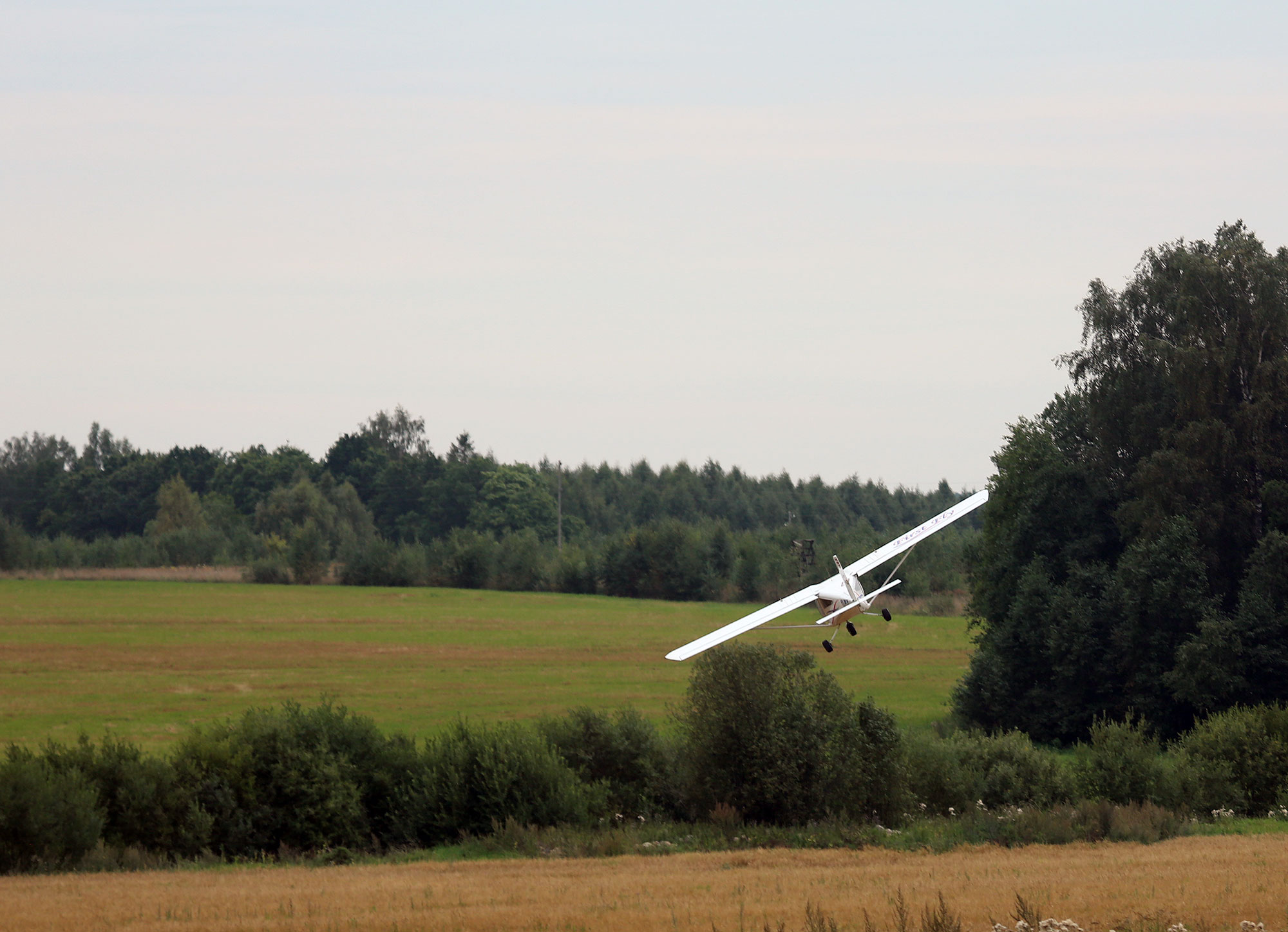 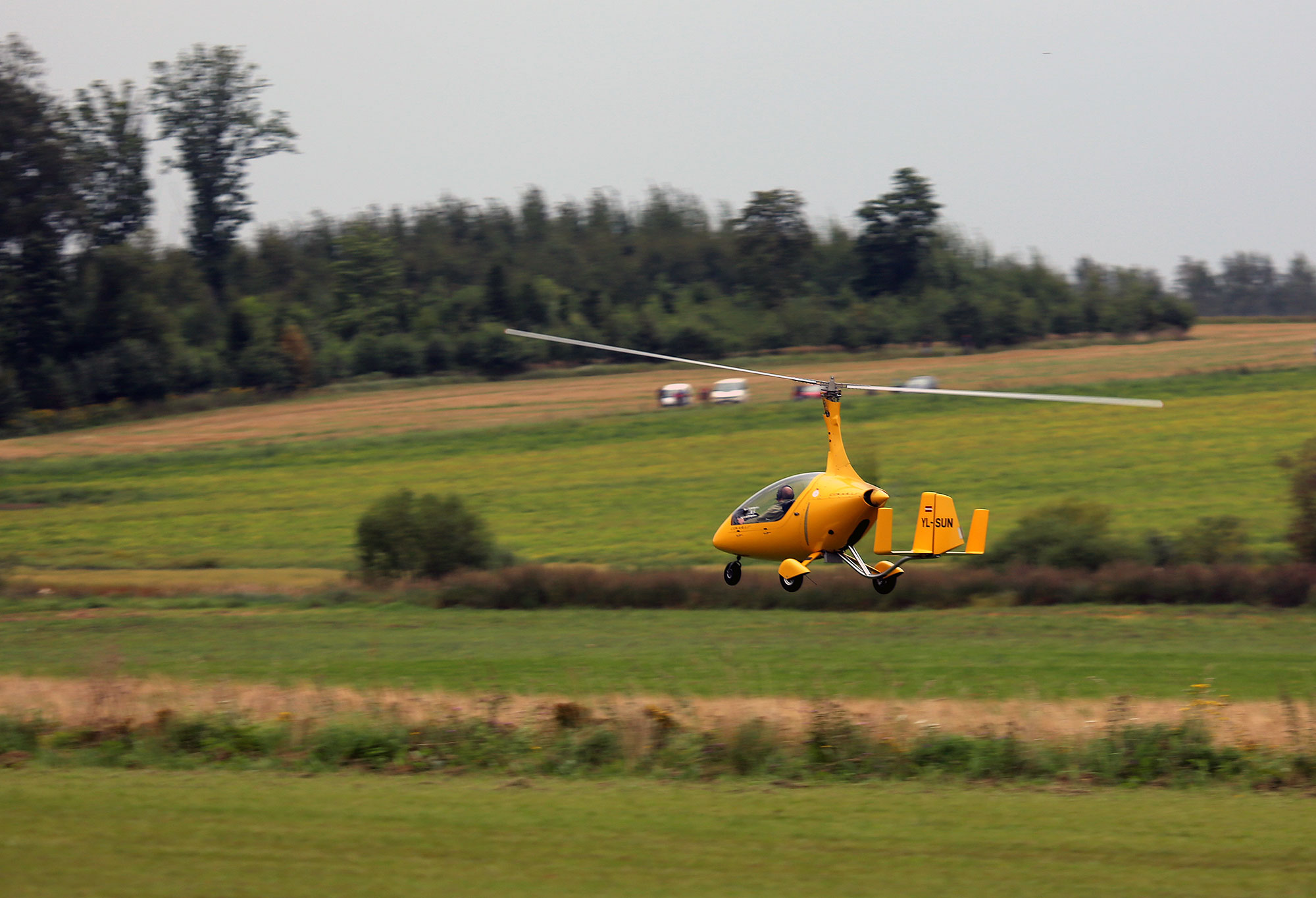 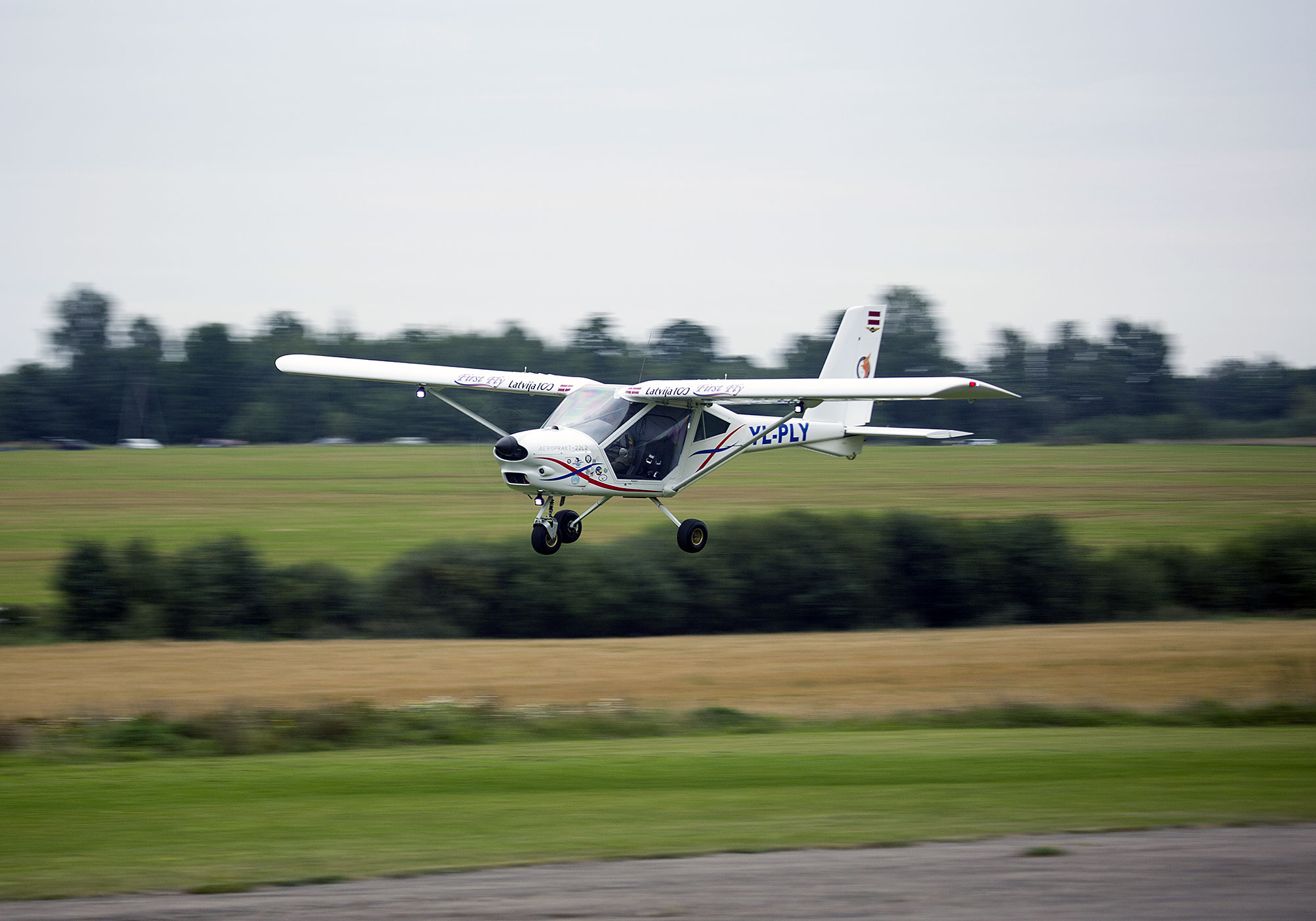 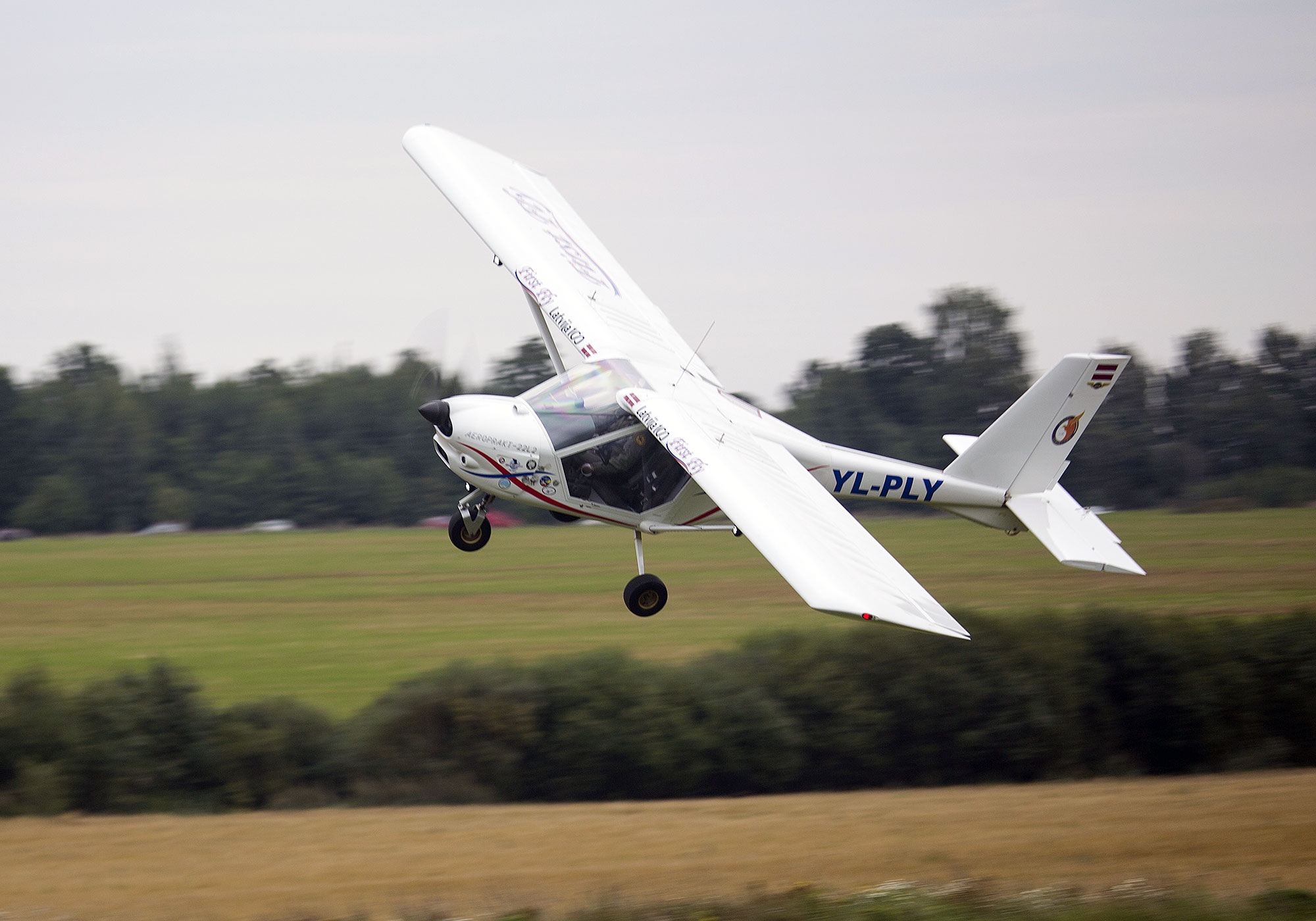 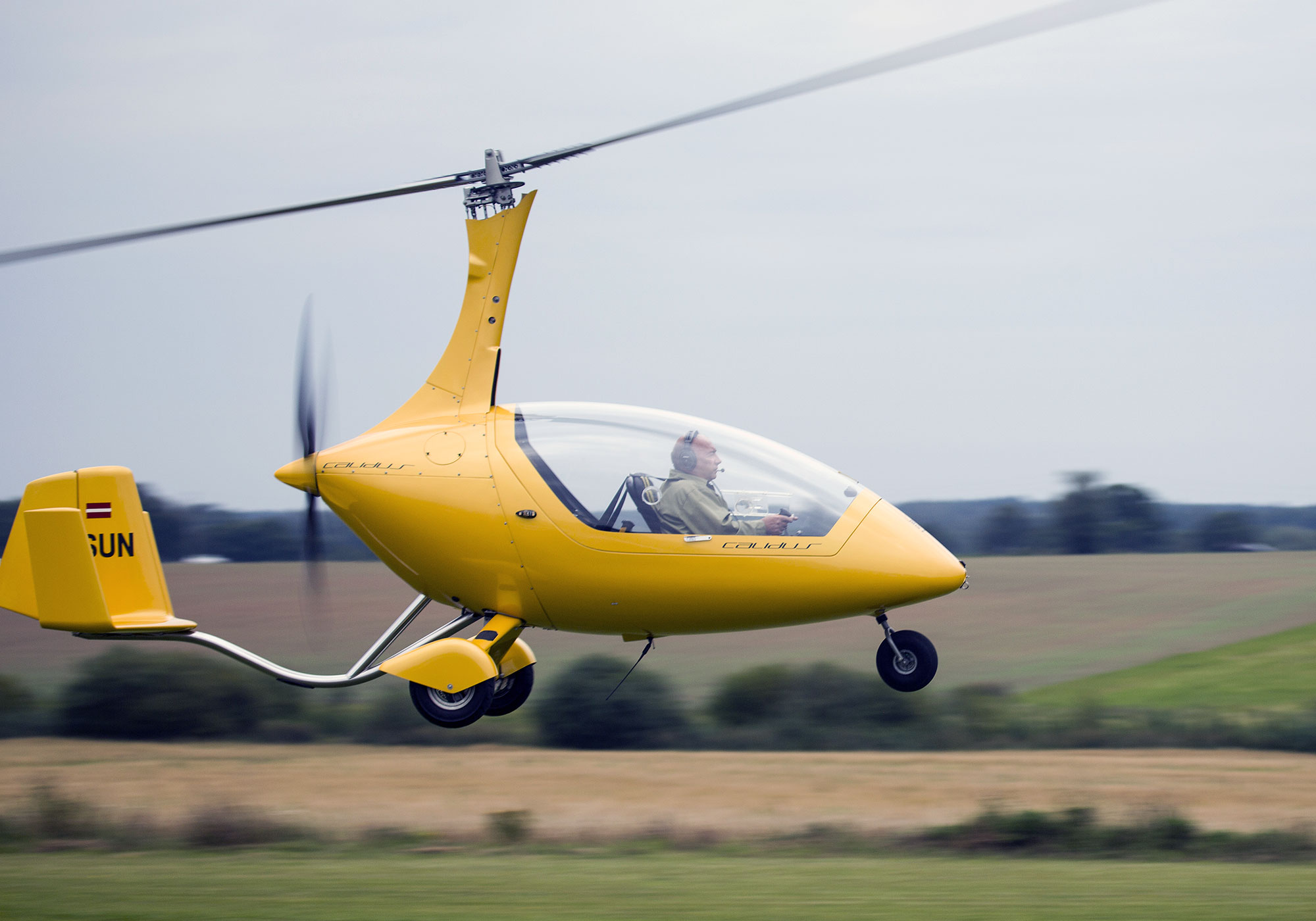 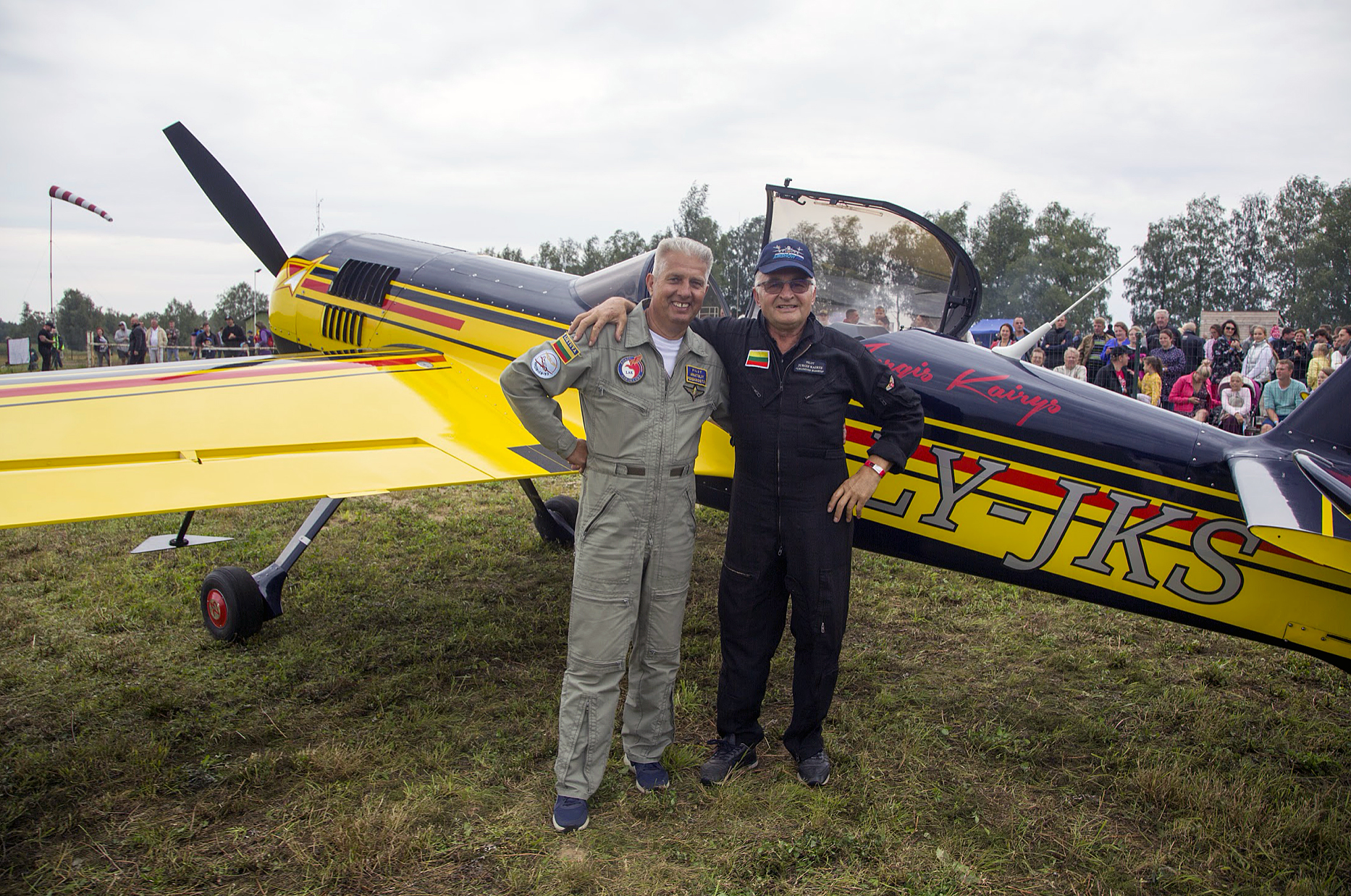 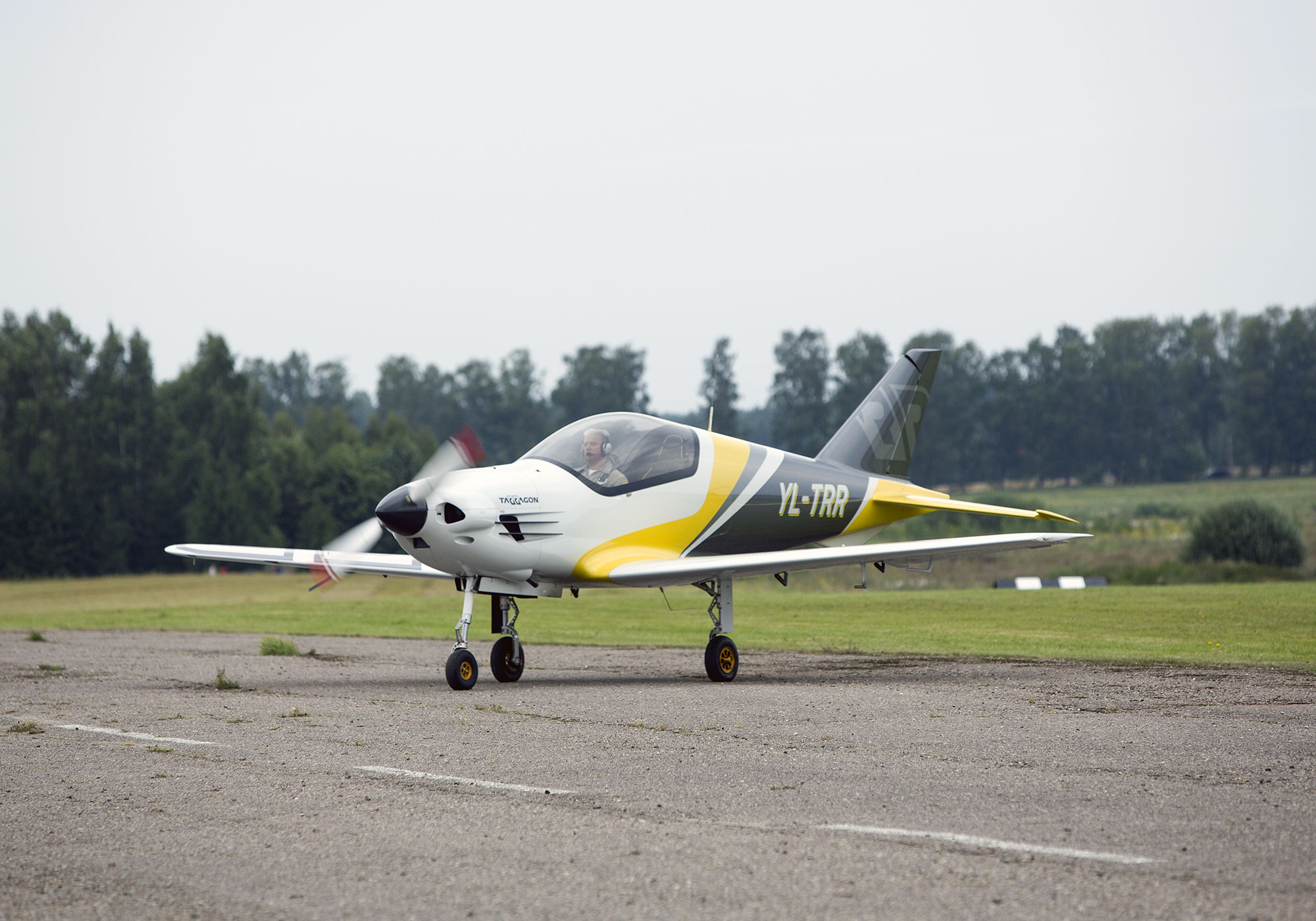 On 27th of December “First Fly” pilot school together with our friends from Adazi Aeroclub and from neighbor countries celebrated New 2020 Year on our home EVAD airfield. This year Santa Claus did the incredible thing and flew to airfield by airplane, creating incredible excitement among pilots and children! Our Aeroprakt A22 aircraft was specially prepared for this important event and was festively decorated. Santa Claus brought with him a huge bag of gifts for our students and pilots, but Santa Claus did not give gifts just that simple! One had to read a poem, wish a Happy New Year or sing a song. And one of our guests even showed a small performance with his well-trained dog. At midnight, there was magical fireworks display at our airport, and dances, fun contests and live music continued until late at night. 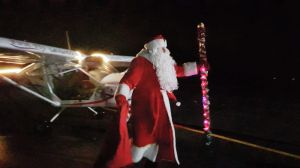 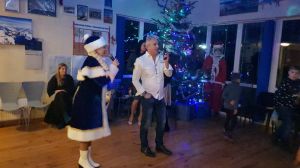 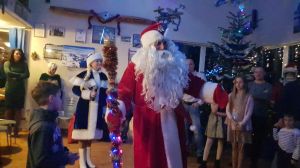 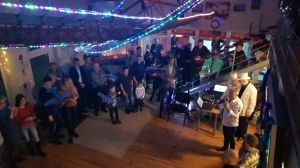 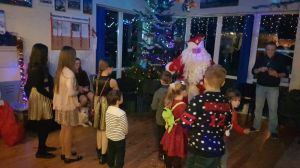 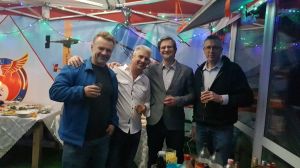 Traditional fall safety seminar about the transition to winter flight mode was held on our Adazi airfield (EVAD). The teacher and instructor of the First Fly pilot school Alexander Belyovkin was talking about the features of different flight regimes, as well as about the critical angle of attack and icing. Even our experienced pilots refreshed their knowledge before the winter season, this information was also very useful to our students and young pilots for whom the upcoming winter season will be the first in their flying life. Neurosurgeon Martiņš Kapickis spoke about the first aid procedure, giving very important information about how and in what order you need to provide assistance in the event of an accident or incident. This topic was very interesting to our audience, there were very many questions about how to conduct resuscitation correctly, when and how to call ambulance, how to correctly determine the degree of body damage and in what cases it is better not to do anything not to harm. Also, aviation mechanic Viktor Aleyoshin spoke about the icing of the carburetor, and also clearly showed what happens to the carburetor at the time of ice formation inside. He gave many useful tips on how to determine icing in flight and what to do with it. Anatoly Perekriostov, the leading pilot instructor at First Fly School spoke about the differences between winter flights and flights in the summer season, about how to use the runways and aprons of an airfield in winter, and showed training videos about pilot errors and analyzed each case in detail – what and why has been done wrong, because, as we all know, its much wiser to learn from the mistakes of others. Since we love not only to work, but also we know how to relax very well, the seminar ended with barbecue, sweets and warm aviation (and not only aviation) conversations till the dark.

Last Tuesday, on September 3rd, a new fall group has started. Future pilots began training with a theory that will last 70 hours of study at our school. The first lesson was devoted to Air Law, where students learned about flight rules in Latvia, about airspace classification, minimum flight altitudes in Latvia and Europe, learned what are ICAO, CAA and AIP. Class will continue it’s study with aerodynamics, meteorology, navigation and other subjects necessary for obtaining private pilot's license.

We congratulate our students with the beginning of their pilot life and wish them good luck in conquering the Sky!

On August 23, 4 aircrafts from our  Adazi Aeroclub took part in the celebration of the 30th anniversary of the “Baltic Way”. We flew to the Birzai (Lithuania) to our Lithuanian colleagues and, in group of 11 aircraft made a celebration flight above the Presidents of all three Baltic countries that met on the border of Latvia and Lithuania. The history of the Baltic Way is very interesting: the inhabitants of the three countries holding their hands lined up in a live people chain 670 (!) km long connecting Vilnius, Riga and Tallinn. 25% of the population of the three countries participated in this peaceful action.

We are very proud of the honor we have been granted to participate in these historical event. 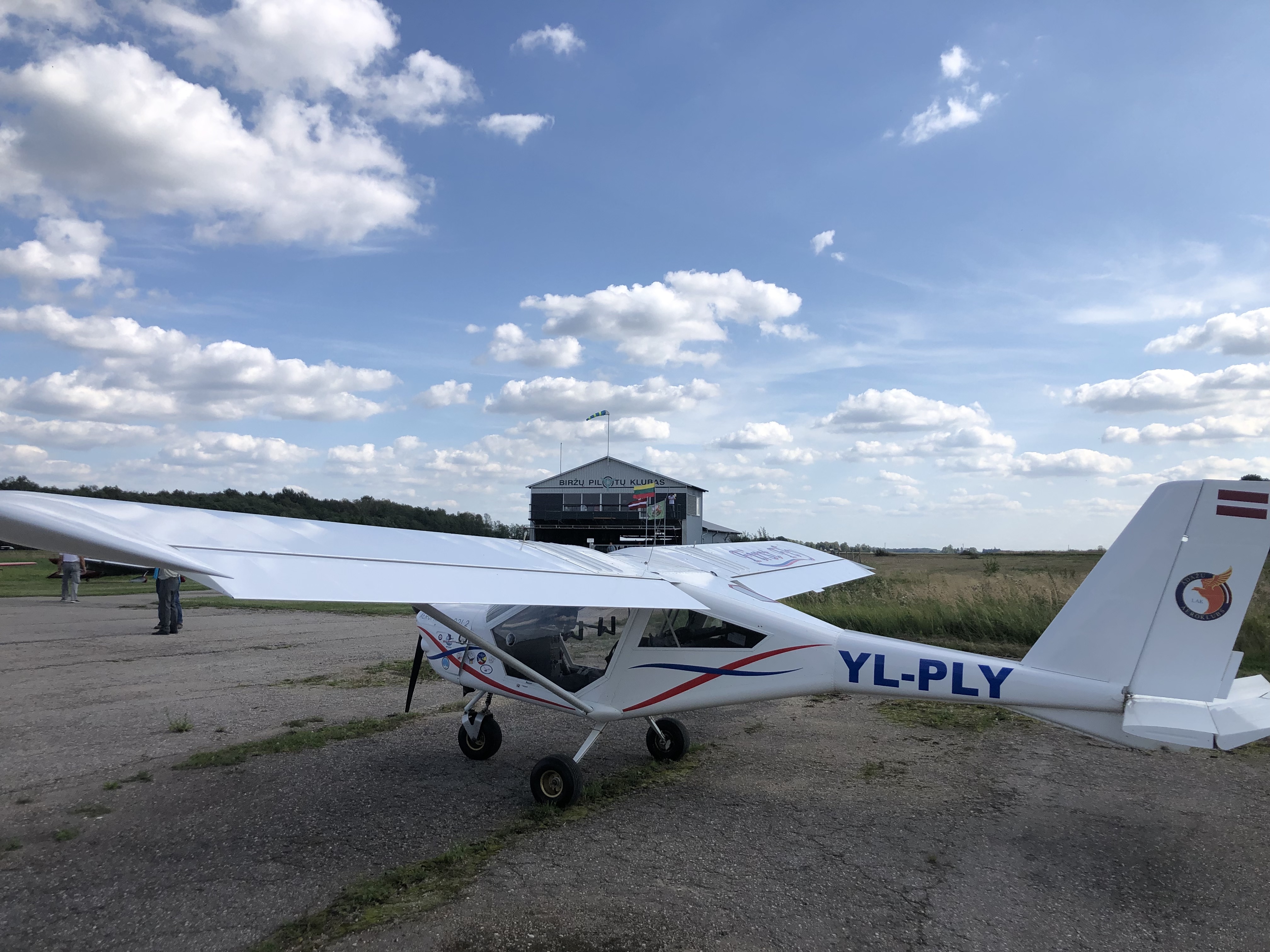 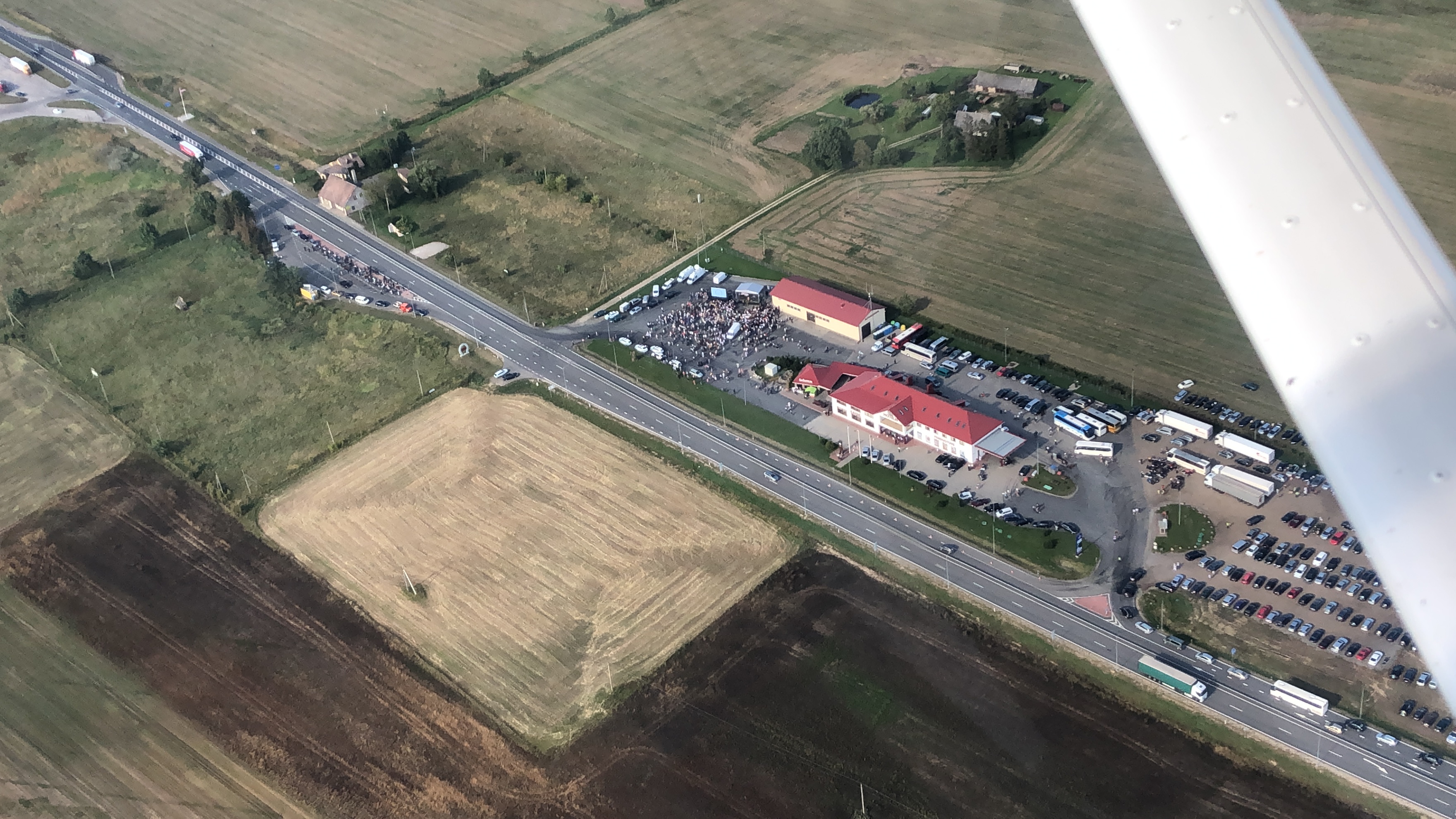 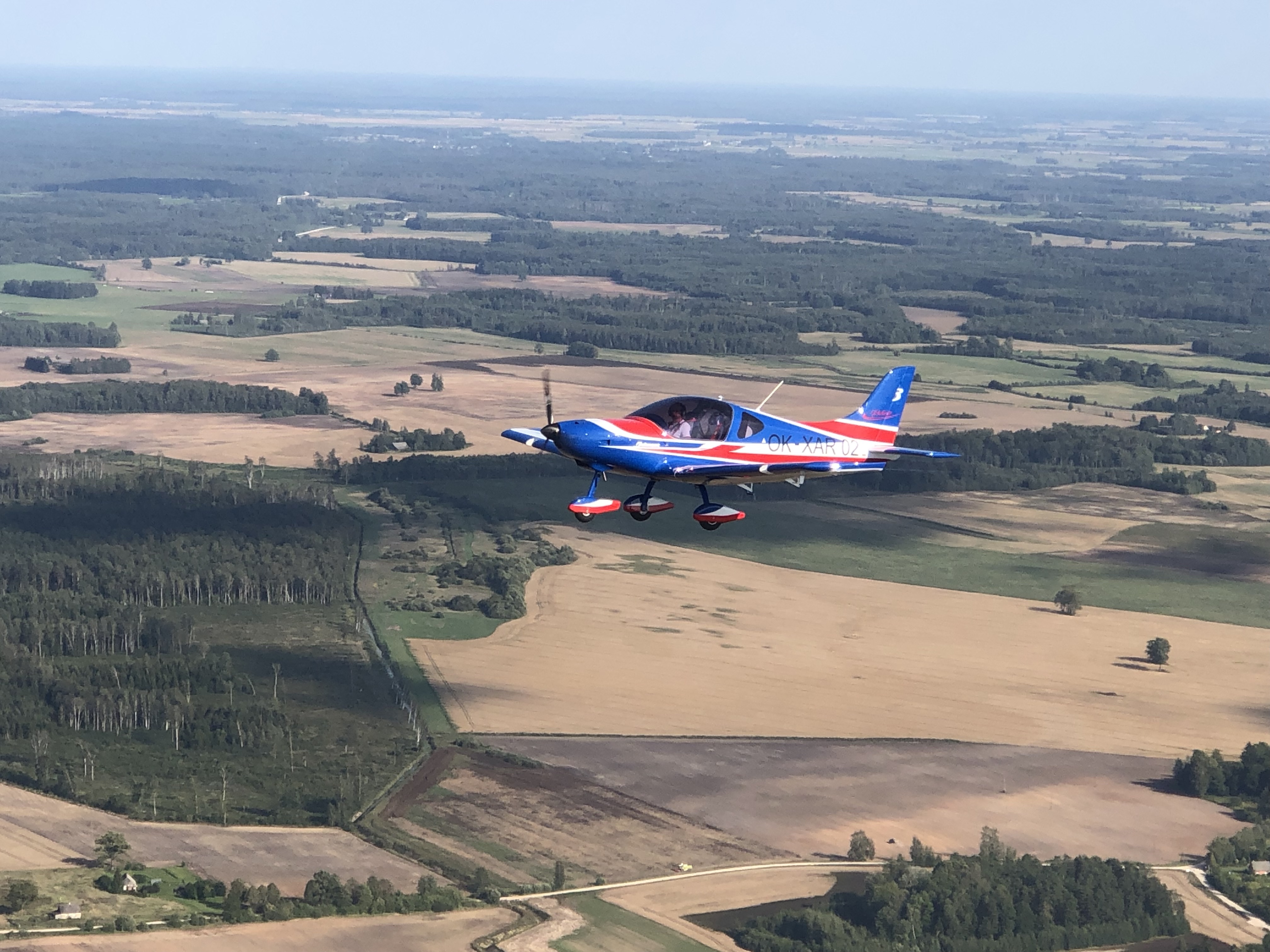 Last week, our Adazi airfield (EVAD) hosted international aircraft model competitions (RC airplanes), which lasted 4 days. The competition was attended by athletes from several countries including Latvia, Lithuania, Russia, the UK and others. The first places were taken by the leaders of the overall classification - Lithuanian athletes. 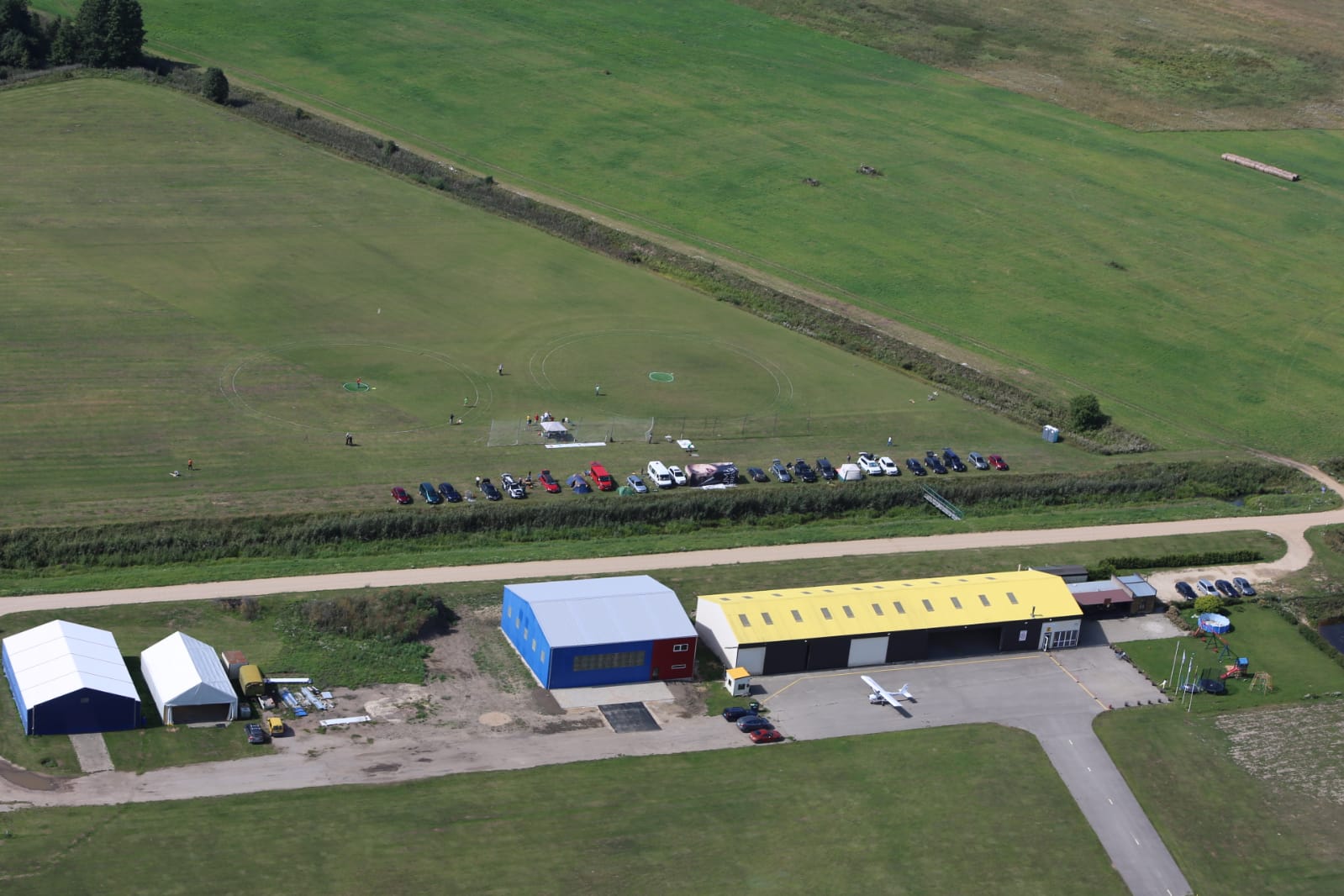 On August 3rd at our airfield in Adazi (EVAD), a traditional Airfield Day was held. The program of the festival included both sport and flying competitions, with everyone participating - from young to old!

The teams competed with each other in the "Fun Starts", and even serious and experienced wise pilots jumped in bags, with a jump rope and pulled the rope with youthful enthusiasm. Excitement infected everyone, but won (as always!) - friendship!

As a part of the day eleven planes of the Adazi Aeroclub members made a joint demonstration flight around the Carnikava and Adazhi, showed themselves in all their glory to everyone who remained on the ground. After that, our pilots participated in flight competitions for precise controlling of the aircraft, and friendship won again!

Our friends from Lithuania pleased all the guests with delicious pilaf of their own preparation (of course, on fire and in a real cauldron) and the program ended with cheerful dances. 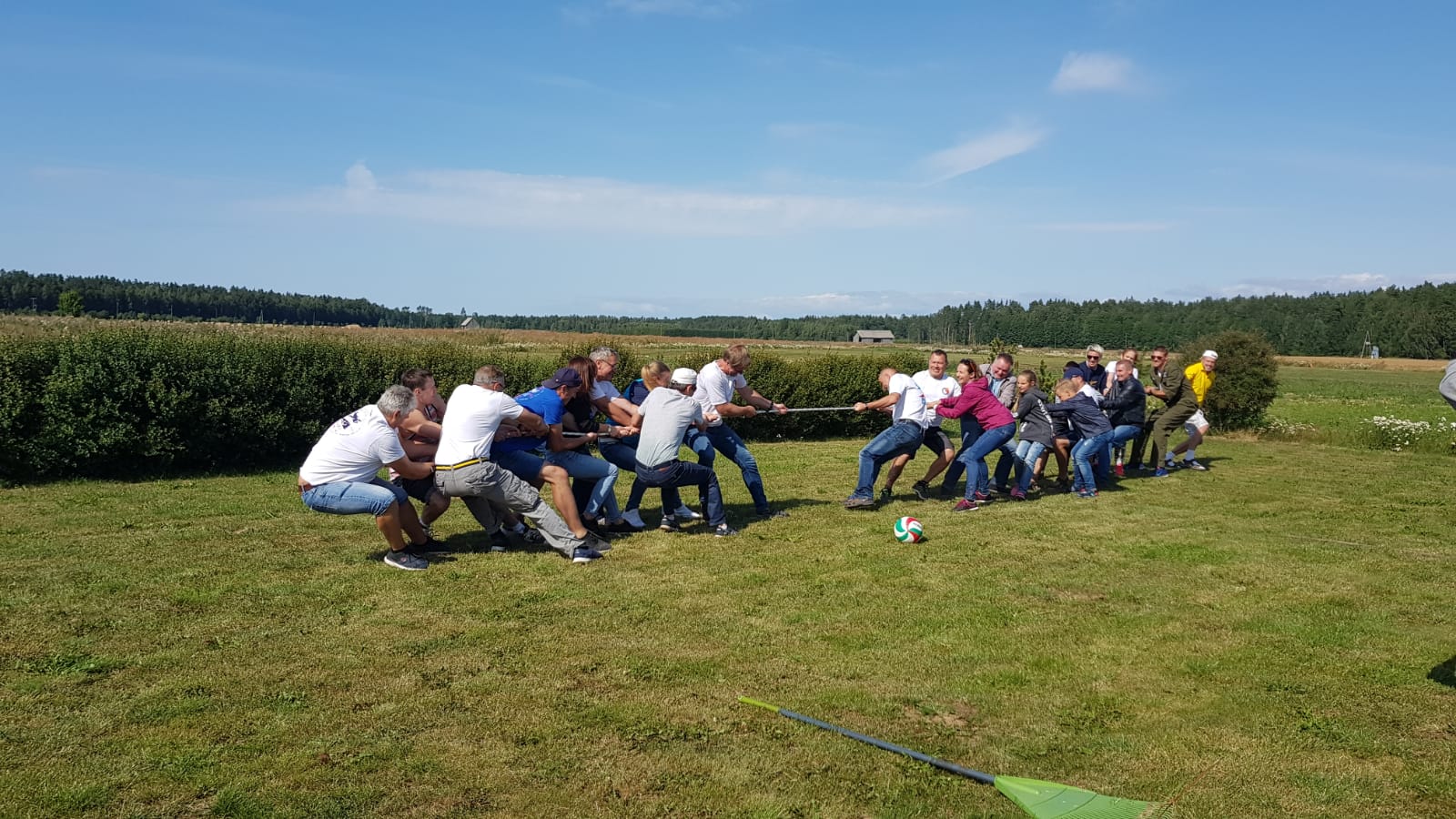 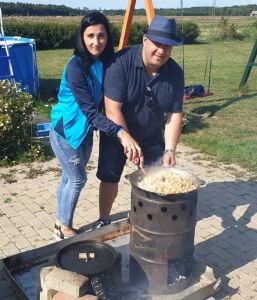 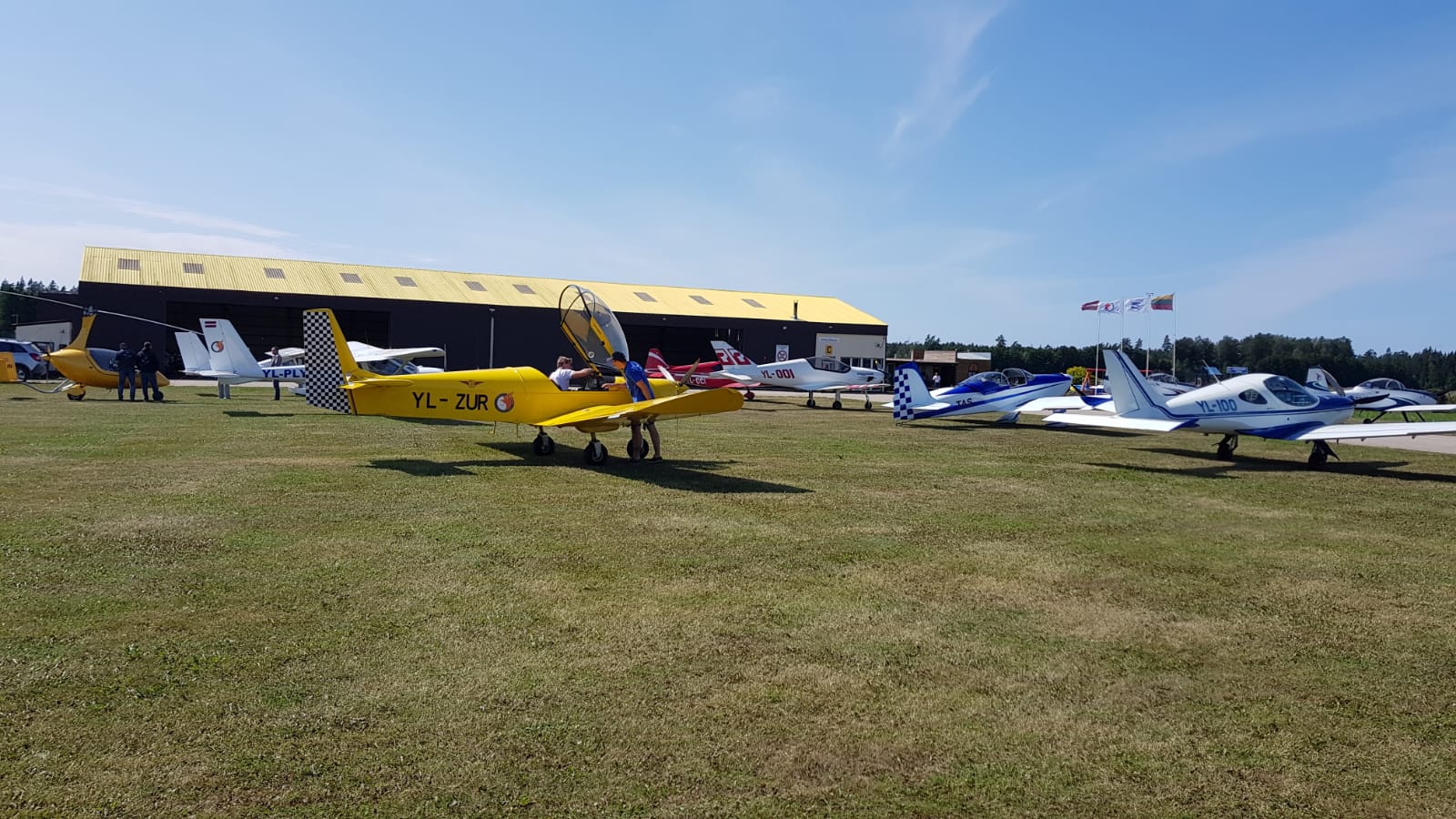 The presenters of the program decided to take it to a new level and rise to heaven, which our school helped them with pleasure. Adrenaline and emotions overflowed like never before! The result was a separate TV show, which you can watch on the LMT TV channel, but we here will show you the most interesting shots :) Come to us and fly together!

First Fly pilot school participated in the largest air show in the Baltic States  “Wings over Baltics” which took place on July 20 and 21 in Tukums. We presented our booth there along with our Aeroprakt A-22 training aircraft, which caused big buzz, especially among the younger generation, who were allowed to sit inside, hold onto the controls and took pictures.

All comers received information about our school programs, and future students signed up for our next flight group, that begins this fall.

Various aerobatic teams took part in the air show - the Polish Air Force presented the F-16 and the Orlik group, Lithuanian colleagues brought a group of ultra-light Aeroprakt A-22 aircrafts and the unique An-2, which became one of the highlight of the program, Finnish pilots flew two legendary DC-3 Dakota, Jurgis Kairis showed his literally dizzy aerobatics, First Fly school flight instructor Alexander Belyovkin showed aerobatics on a gyroplane  (autogyro). The program was closed by the one-of-a-kind unique Latvian jet aerobatic team “Baltic Bees”, where the founder of our school - leading pilot instructor Anatoly Perekriostov flies as right wingmen with number 3. 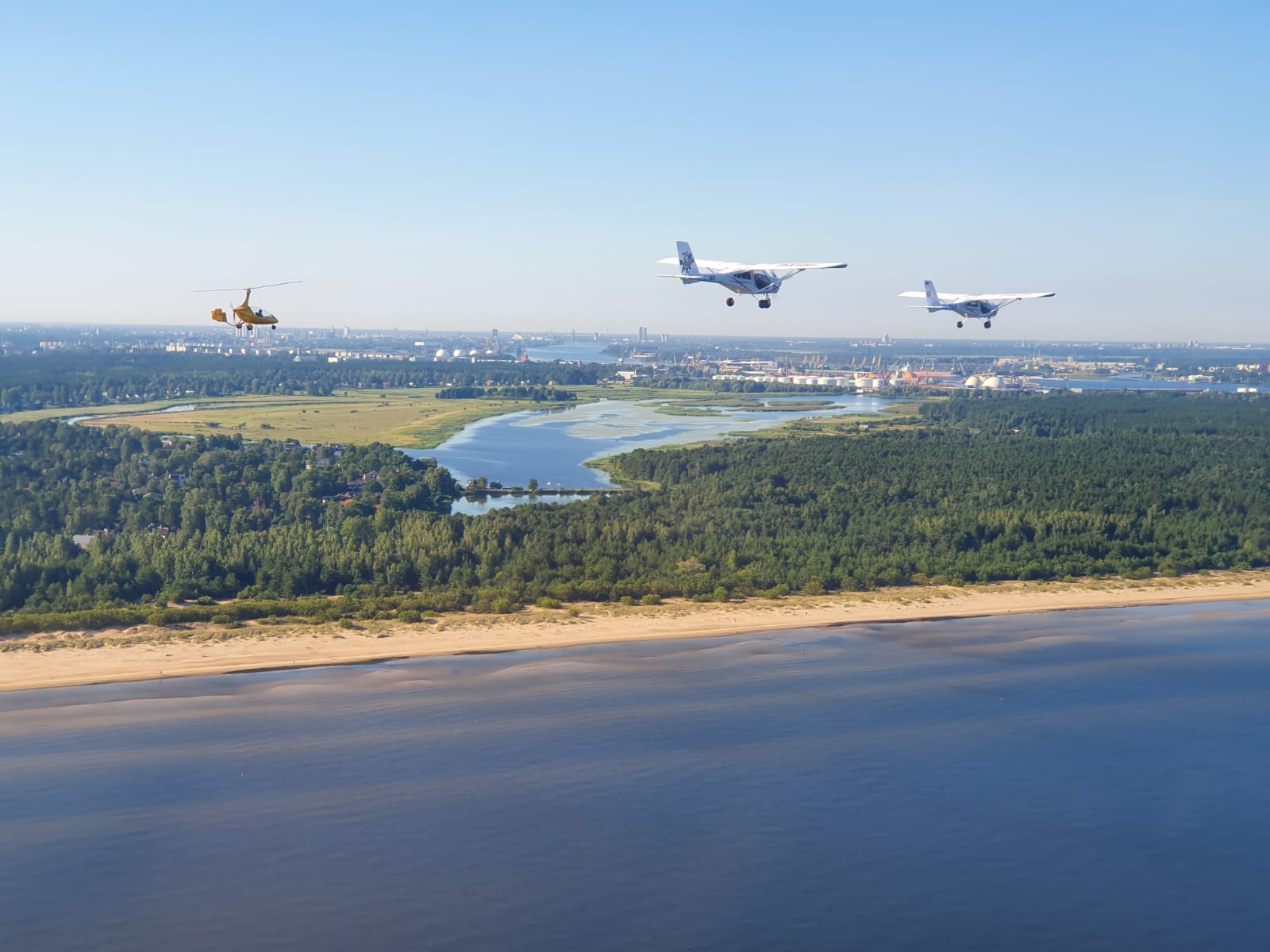 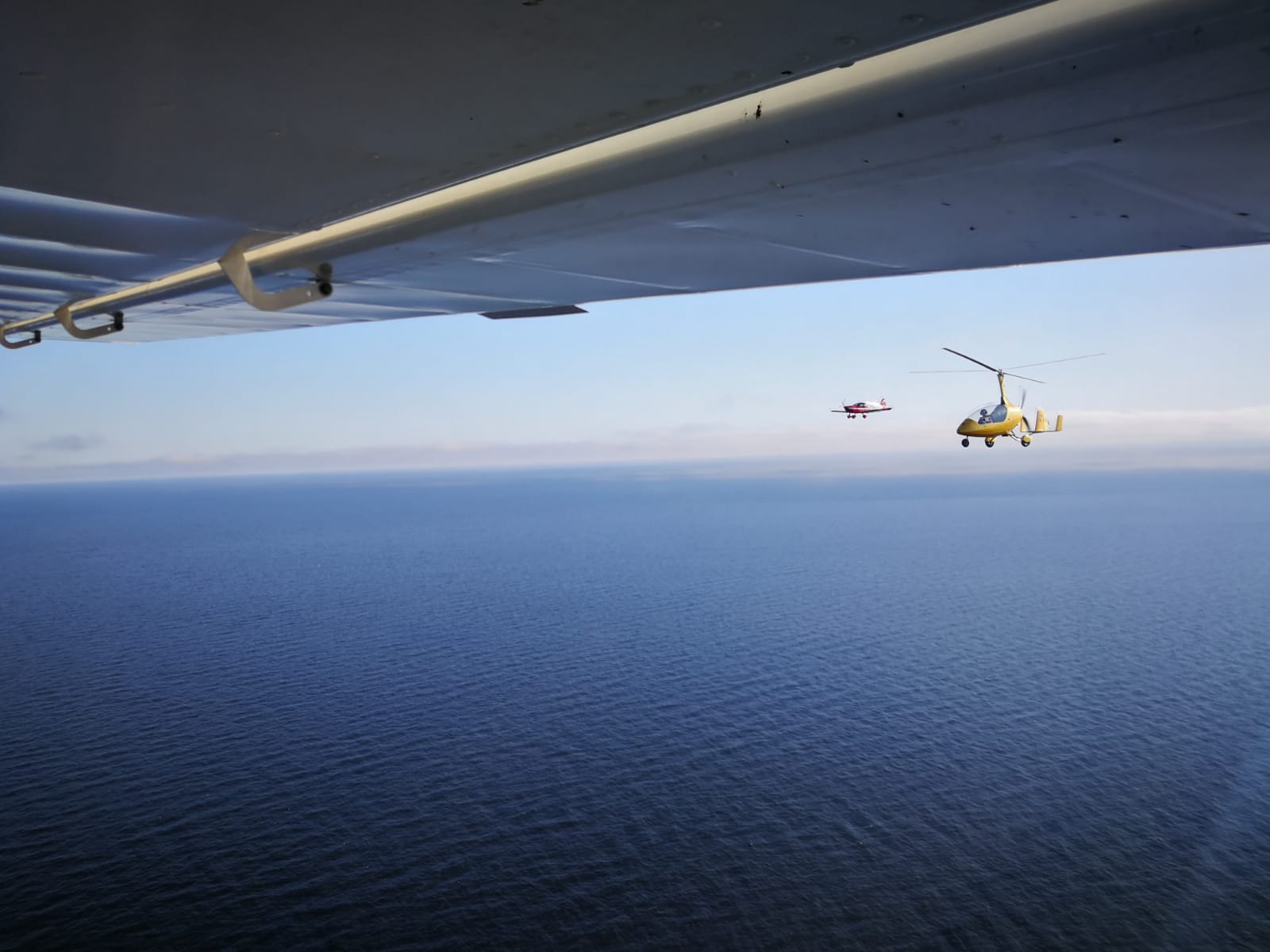 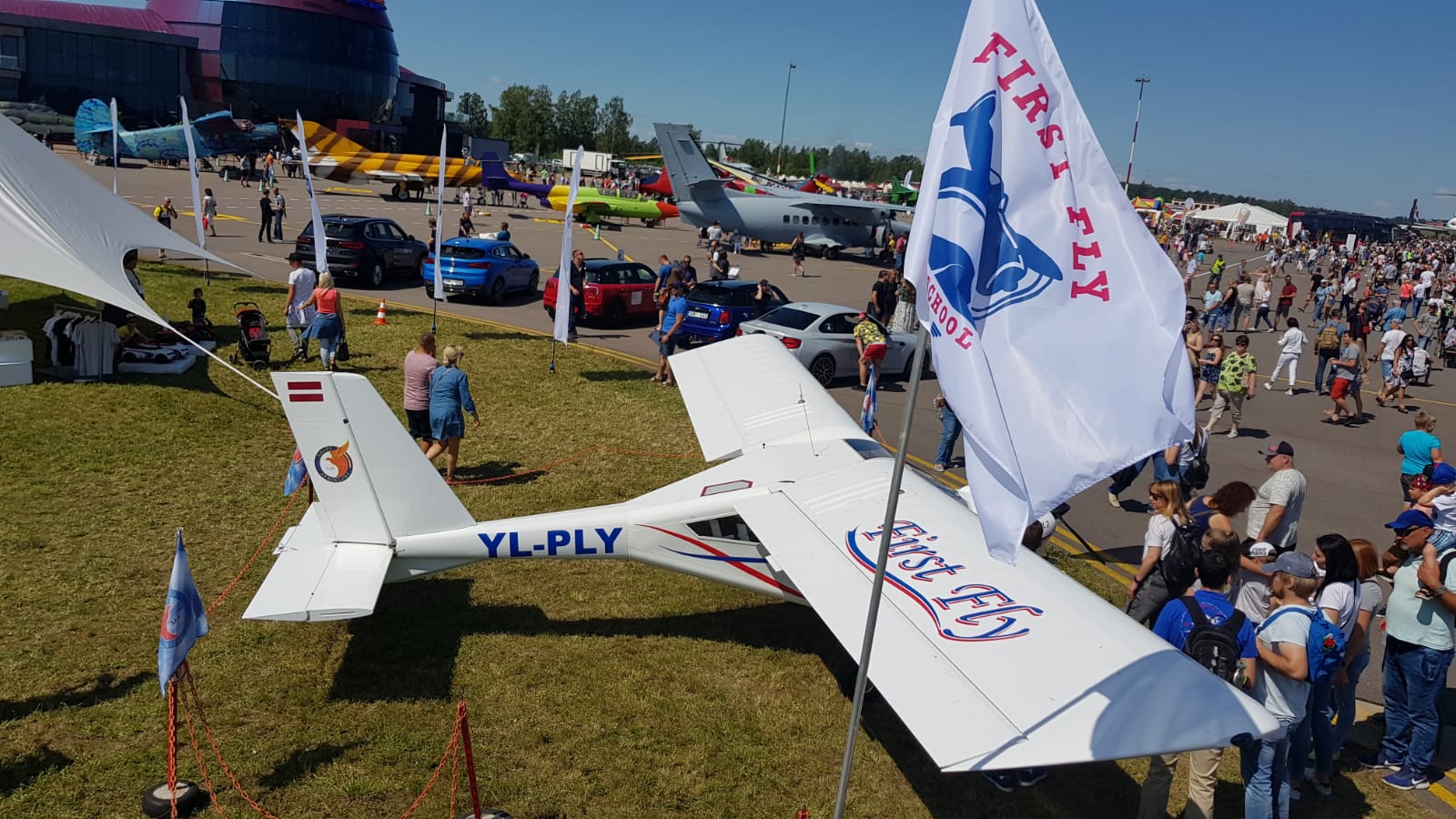 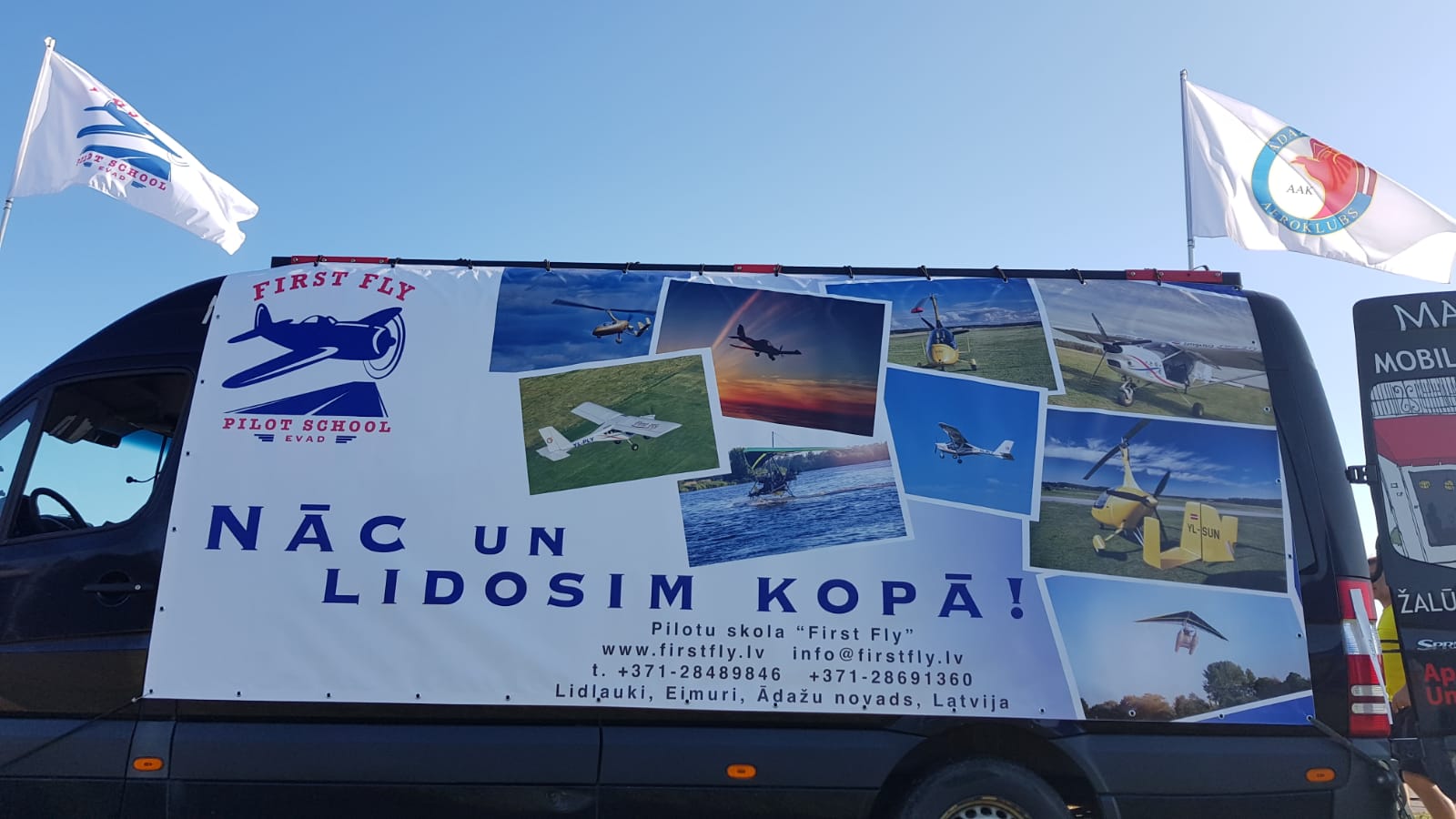 “If you want to fly, love your airdrome first,” said Anatoly Perekriostov, president of the Adazhi aeroclub and organized a community work day, in which all members of the aeroclub and First Fly pilot school students took part. On renovation day we put in order the territory and premises of our airdrome, updated the layout of the strip and taxiways, and also could not do without entertainment at the club evening.

On Saturday, a safety seminar and preparation for the summer season were held at the EVAD airfield. On seminar we discussed current issues of the transition from winter to summer flight modes, our aeroclub member surgeon Janis Zaržeckis gave a lecture about human factor and first aid procedures, everyone could ask questions and clarify the nuances of this seemingly well-known process. Club members and students discussed the general issues of the airfield and the school for the summer period, outlined the main dates for the events that will be held this summer season, and shared the differences between summer and winter flights and their experience in preparing the aircraft for the summer season.

On December 28, “First Fly” flying school together with the Adazi Aero Club celebrated the beginning of the New 2019 Year. Santa Claus visited us with his gnomes and brought us a whole mountain of gifts that we received under a huge true Christmas tree, of course not just that simple! We participated in contests and quizzes, including aviation! Disco and dancing were until the morning. Members of the Adazi aeroclub shared their flight experience with First Fly pilot school students and graduates, recalled interesting stories from their student lives and shared news. New Year Eve was an occasion to come to visit us to our friends from different countries, to meet aviation pals and talk heart to heart. We had a great meeting of the new 2019 and we hope that it will bring us all a lot of happiness and great flights!